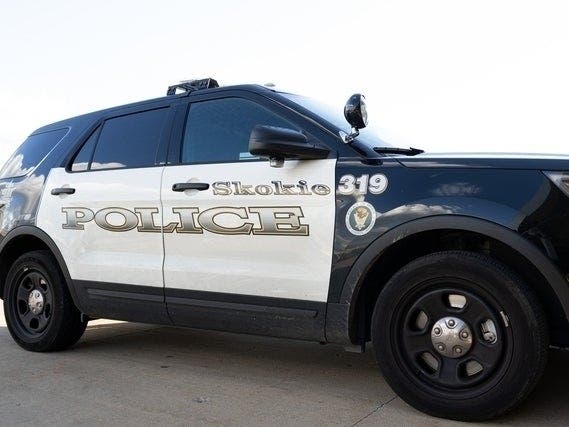 SKOKIE, IL — The following information comes from the Skokie Police Department as a record of those recently arrested and of incidents reported to the police. Updated information may be available from the Cook County Clerk of the Circuit Court. An arrest is not evidence of guilt, and criminal charges represent accusations by the state that are often dropped or reduced.

AGGRAVATED ROBBERY
Someone who indicated they were armed robbed the Mobil gas station at Skokie Boulevard and Main Street shortly after 6 p.m. on Jan. 9. No suspect had been identified at the time of the report.

HATE CRIME
Police established a special watch at Hebrew Theological College, 7135 Carpenter Road, after an unidentified person threatened the college over the phone and made anti-Semitic statements.

Timothy J. Marszalek, 29, of the 1500 block of West Richmond Street, Arlington Heights, was arrested around 9:30 p.m. Jan. 10 at Skokie Hospital on an active arrest warrant.

Corey C. Codd, 21, of the 500 block of Powell Avenue, Waukegan, was arrested around 4 p.m. on Jan. 14 in the 2600 block of South California Avenue, Chicago, and charged with one count of forgery. Police said he was identified with lab results after he used a counterfeit $100 bill to buy a blue shirt from the Walmart, 3626 W. Touhy Ave., on the afternoon of June 30, 2020. He also tried to shoplift a USB charger, throwing the box at store staff when confronted, police reported.

Omarion Z. Franklin, 18, of the 2100 block of North Lavergne Avenue, Chicago, was arrested around 11 a.m. on Jan. 14 in the 2600 block of South California Avenue, Chicago, and charged with aggravated vehicular hijacking, aggravated kidnapping and armed robbery. Franklin has been jailed since his July 12, 2020, arrest in connection with a Old Orchard carjacking and high-speed chase. On Dec. 22, 2020, he was indicted on three new charges in connection with another carjacking that took place on June 21, 2020, in Skokie on the 4900 block of West Fitch Avenue.

Elvis Premti, 39, of the first block of Temple Court, Winnetka, was arrested shortly before 3 p.m. on Jan. 16 at the Old Orchard Mall and charged with three counts of aggravated battery to police, two counts of criminal damage to property, one count of resisting arrest and one count of assault. Police said he damaged three vehicles, causing a minimum of $900 in damage, and attacked three officers, attempting to head-butt one of them.