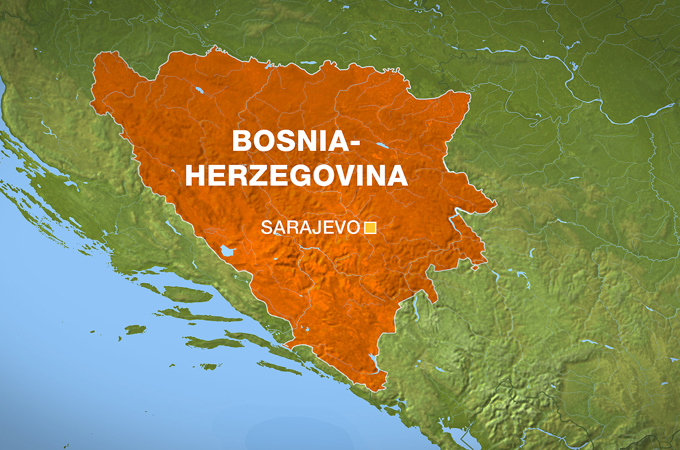 Sakib Mahmuljin’s lawyers argue he was not responsible for killings carried out by foreign fighters of El Mujahid unit.

A former Bosnian army general has been sentenced to 10 years in prison for failing to stop killings and torture carried out by foreign fighters who joined his forces during Bosnia and Herzegovina’s 1990s war.

Sakib Mahmuljin, 68, was deemed responsible on Friday for the deaths of more than 50 ethnic Serb prisoners in Vozuca and Zavidovici, central Bosnia, towards the end of the conflict between July and September 1995, the Sarajevo court ruled.

The victims were killed by members of the “El Mujahid” – a notorious unit of mainly foreign fighters from North Africa and the Middle East, though also from some Western countries, who fell under Mahmuljin’s command of the army’s third corps.

Mahmuljin “failed to prevent the crimes of murder and inhuman treatment from being committed … and also to act in such a way that the perpetrators of these crimes are punished,” the Sarajevo court said in a statement.

The crimes committed under his watch also included the torture of several civilians, wounded and prisoners of war, the court said.

Mahmuljin’s defence lawyers, who can appeal the verdict, argued during the trial that he “had no effective control over the unit”.

Lawyer Nermin Mulalic had said the prosecution did not even prove who the perpetrators were, according to local media.

“Members of the [El-Mujahid] detachment had their own flag and coat of arms … mobilisations and transfers in the detachment were not carried out as in other units of the [RBIH] army (Army of the Republic of Bosnia and Herzegovina),” Mulalic said.

One of the arguments of the defence was that in the internal hierarchy of officials in the detachment, sheikhs and the Shura Council served as the highest bodies – unlike in the RBIH army – and that members hid their identity and communicated with centres abroad, local media reported.

More than 100,000 died in the 1992-1995 war in which neighbouring countries Serbia and Croatia attempted to divide Bosnia and Herzegovina into a Greater Serbia and a Greater Croatia respectively.

Most of the foreign fighters who joined Bosnia’s conflict left after the war ended with a United States-brokered peace deal in 1995, while some remained in the country.